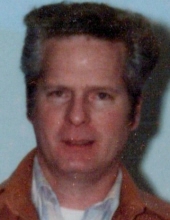 He was married to Sharon Schenk, who passed away in 2002.

Bill was a 1959 graduate of Smith-Cotton High School in Sedalia, MO. He was a veteran, serving seven years in the Missouri National Guard. He was employed with the Panhandle Eastern Pipeline Company, followed by a thirty-five year career with General Motors in Kansas City. He retired from GM in 1999 and was a member of United Auto Workers Local #31.

Bill was a “muscle” car enthusiast and owned several over the years. He enjoyed all of them but said his favorite was a 1969 Pontiac GTO. He was also a railroad buff and could often be found along with his dog Junior, at the Pleasant Hill depot, watching the arrival and departure of Amtrak trains.

Bill was preceded in death by his parents, his wife Sharon, his son William J. “Big Willie” Reed, and one sister, Audrey May Smith.

He is survived by two brothers, Dan (and Jeannie) Reed, Jefferson City, and Joe (and Jean) Reed, Schell City; his sister-in-law, Sondra (and Jerry) Stapey of Sedalia, Missouri and other relatives and friends.

Per Bill’s wishes a private a burial service with military honors was held in the Pleasant Hill Cemetery.

Memorial contributions in Bill’s memory may be made to the Pleasant Hill Animal Shelter and may be sent in care of the funeral home.