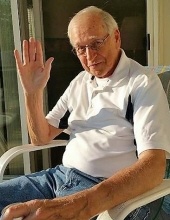 Robert Ray “Bob” Abplanalp, 84, of Lee’s Summit, Missouri, loving husband, father, grandpa, and Boppy, was born, August 15, 1936, in Cincinnati, Ohio, the son of Raymond and Martha Abplanalp. He departed this life, Thursday, October 29, 2020, at his home surrounded with love and family.

Bob was a 1954 Newport High School, Newport, Kentucky graduate later earning his bachelor’s degree from the University of Cincinnati. He was also a United States Navy Veteran.

On November 26, 1971, he was united in marriage to Dee Gutshall in Adrian, Missouri. Bob and Dee were truly soulmates and would have celebrated their 49th wedding anniversary this month. They lived in Chicago before moving to Lee’s Summit in 1975.

Bob worked in sales for Sharp Electronics and owned and operated his own business, Spacemakers. He had a strong work ethic and ran his own business until the very end. He enjoyed playing golf, bowling, and fishing. He loved having his yearly Fourth of July parties where all his family and friends could enjoy good food, drink a beer and watch his grand fireworks show. His grandchildren were the light of his life and he enjoyed watching them play sports, seeing their pictures on Facebook, and spending holidays with them. He was excited to get to see the Chiefs win their second Superbowl last year. He loved going to the casino’s and playing penny slots, where he once hit the jackpot and won $11,000! One of his best traits was that he never met a stranger and he enjoyed talking to his customers on the phone, telling stories and jokes

Bob was preceded in death by parents Ray and Martha; his brother Ted Abplanalp; and his brother-in-law, Coy Bryant.

A memorial service will be held 6:30 p.m. Tuesday, November 3, 2020, at the Stanley-Dickey Funeral Home. Reverend D. Kent Deubner will officiate. Inurnment will be in the Crescent Hill Cemetery, Adrian, Missouri, at a later date.

Visitation will be held 5:30 p.m. until service time at the funeral home.

The family asks that all who attend please wear a mask.