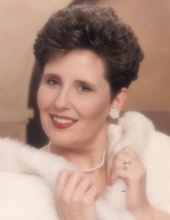 Brenda Sue Randol, 65, passed away at home, April 12, 2022 after a 4 year battle with peritoneal (ovarian) cancer. At the time of her passing she was surrounded by loving family and friends. She was known as "Sassy" by her family and friends. Sassy was born on December 15th, 1956, to Walter James Riffle and Darlene Dolores Becksteadt Riffle in Rochester, Indiana. After her family moved to Missouri, Sassy attended Harrisonville Junior and Senior High School from which she graduated in 1975.

It would be wrong to say Sassy lost her battle with cancer because she never stopped fighting. No matter had sick she was, she was always determined to continue. When others would have broken down and quit, Sassy stayed strong. Through her, we know what resilience and persererance truly look like. There was no quitting in Sassy. Just because she is no longer here, it doesn't mean she lost her fight.

Sassy lived in Garden City, Missouri where she met her soulmate, Randy Randol in 1990. They later were united in marriage on December 30th, 1994. While residing in Archie, MIssouri they raised 6 children. Shanna Randol McConnell and her husband John, of Lebanon, MIssouri. Matthew Cooper and his wife Shelly, of Marceline, Missouri. Brandi Randol Wisdom and her husband Dustin, of Marshfield, Missouri. Mitch Cooper and his wife Sheri, of Belton, Missouri. Michelle Cooper Sloan of Harrisonville, Missouri. And Christina Whiteside of Archie, Missouri. Sassy had six grandchildren, Katie and Dakota McConnell, Morgan and Megan Wisdom, and Landon and London Sloan, that she loved and cherished.

Sassy is survived by five siblings, sisters Janice McLane of Eagleview, Missouri, Christine Everett of Harrisonville, Missouri, Pam Riffle and Debbie Wohler, both of Purdin, Missouri and a brother, Kevin Riffle of Peculiar, Missouri; many nieces and nephews.

Sassy was preceded in death by her parents and one infant son, Daniel Lee Cooper.

Sassy had many hobbies which included creating diamond art pictures, scrapbooking turning pictures into pages of wonderful memories, collecting garden gnomes and camping. While camping Sassy and Randy fell in love with the Bennett Spring area. They set their camper there 17 years ago. This is where Sassy learned to flyfish for trout. She would dawn her waders, boots, vest and flyrod to spend the day in the stream at her favorite spot. She was known for her saying "Just one more cast".

Christmas was her favorite holiday, when she could decorate their home, make sugar cookies, and make peanut brittle. Some may have said that her cookies and peanut brittle were the best.

Sassy was employed by Peterson Mfg, Grandview, for over 30 years before retiring in 2017. While there Sassy had many roles and made many lifetime and cherished friends while working there.

In lieu of flowers, the family is asking for memorial contributions to Heartland Hospice of Butler, Missouri. A Celebration of Her Life will be held at a later time.

Funeral arrangements are under the direction of the Dickey Funeral Home, Harrisonville, Missouri.
To order memorial trees or send flowers to the family in memory of Brenda "Sassy" Sue Randol, please visit our flower store.