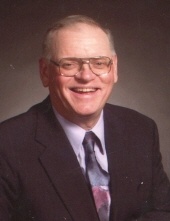 Calvin Morris Yoder was born on July 22, 1946 to Walter and Elizabeth Yoder of Garden City, MO. Calvin went to his eternal home on April 22, 2020 surrounded by family and lifted-up in song.

Calvin grew up on his parents’ farm in Cass County Missouri, northwest of Garden City. He lived his life for Jesus by loving his family, faithfully serving his church, caring for his farm and sharing his love of music and humor with people around the world.

Calvin attended Number 9 community school and was a 1964 graduate of Harrisonville High School. Upon graduation he bought a nearby farm. Most of his life was spent working the farm and operating Yoder Brothers Dairy with brother Willard.

On September 10, 1966 Calvin was married to Mary Rachel Kuhns of Kansas City. Calvin and Mary shared their lives together for 44 years until Mary’s death in 2010. They had four children – Son Wesley (1971), Daughter Gwendolyn (1972) and twin daughters Cynthia and Melinda (1992).

Following Mary’s death, Calvin married Michelle Rene Bishop on August 5, 2011. Calvin and Michelle continued to live on the family farm, providing milk and other farm products to the community. Together they nurtured children through foster care and adopted a daughter, Faith Leigha, in December 2017.

Music was a huge part of Calvin’s life. He grew up listening to his Dad, Walter, sing in gospel quartets. Calvin was introduced to barbershop harmony in his twenties and went on to a long career in quartet singing. He was a founding member and lead singer of the Rural Route 4 quartet that won the 1986 International Championship of barbershop quartet singing. Calvin also sang for many years in a mixed gospel quartet, Jubilee Transfer. Calvin was director of the Garden City Community Choir, performing an annual Easter Cantata for 48 years. Within the community he sang in various quartets for many funerals and community events.

In addition to his parents, Calvin was preceded in death by his first wife Mary.

Donations in memory of Calvin Yoder may be made to Sycamore Grove Mennonite Church, P.O. Box 320, Garden City, MO 64747. Please indicate “Calvin Yoder Memorial Fund” on your donation. Funds will be used to spread the good news of Jesus Christ through various mission organizations dear to Calvin’s heart. As an alternative, donations in honor of Calvin may be made directly to Gideons International.

A private family graveside was held at the Clearfork Cemetery near Garden City, Missouri.

Funeral arrangements were under the direction of the Dickey Funeral Home, Harrisonville, Missouri.
To order memorial trees or send flowers to the family in memory of Calvin M. Yoder, please visit our flower store.