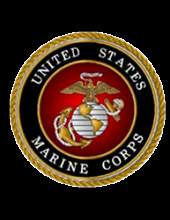 Carl Elliott Baker, 83, of Belton, Missouri, formerly of Memphis, Tennessee, was born, May 23, 1936, in Bloomington, Illinois, the son of Clifton and Naomi (Garrison) Baker. He departed this life, Friday, October 25, 2019, at the Beautiful Savior Nursing Home in Belton.

Carl attended high school in Godfrey, Illinois. He left school early to join the Marines. He later earned his Bachelor’s degree from the Longview/Pioneer College in Kansas City.

Carl was a United States Marine Corps Veteran serving in both the Korean and Vietnam War.

On August 2, 1958, he was united in marriage to Jan Deloris Baker: they later divorced.

Carl was preceded in death his parents; his ex-wife Jan; two brothers, Don Baker and Robert Baker; and one sister, Phyllis Beckworth.