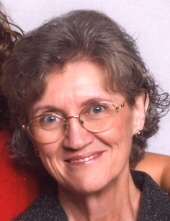 Carolyn Sue Brown of Harrisonville, Missouri was born November 15, 1948 in Parsons, Kansas the daughter of George and Mary Velta (Lakin) VonHolten. She departed this life on Saturday, September 8, 2018 at her home surrounded by love and family at the age of 69 years, 9 months and 24 days.

On June 11, 1966 Carolyn was united in marriage to JL Brown in Kansas City, Kansas.

Carolyn was employed as a system analyst for the United States Marine Corp at the Bannister Service Center, Kansas City, Missouri until her retirement in June of 2015. She was a member of the Church on the Rock, Harrisonville, Missouri. Carolyn had moved to Harrisonville in 1998 and had been a Cass County resident since 1977. She enjoyed being with her family, especially her grandchildren, reading and playing Sudoku.


Cremation. A private family service will be held at a later date.

Memorial contributions may be made to the Pancreatic Cancer Action Network (pancan.org).

Funeral arrangements are under the direction of the Dickey Funeral Home, Harrisonville, Missouri.
To order memorial trees or send flowers to the family in memory of Carolyn Sue Brown, please visit our flower store.