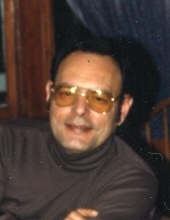 Cenobio "John" Lozano Jr. of Peculiar, Missouri was born August 10, 1940 in Kansas City, Kansas the son of Cenobio and Margarita (Gomez) Lozano. He departed this life on Monday, May 20, 2019 at the Cass Regional Medical Center, Harrisonville, Missouri at the age of 78 years, 9 months and 10 days.

John lived in Armourdale until the Flood of 1951 when his family moved to the west side of Kansas City, Missouri. He graduated from Manual High School and worked his way through college and law school. John graduated from UMKC in 1968 with a Bachelors in English Language and Literature and from the UMKC School of Law in 1971. He moved to Harrisonville in 1972 and practiced primarily criminal law in Cass and Jackson County and also in Federal Court for over 45 years. John was an accomplished Flamenco guitarist and a private pilot. He was an avid photographer, and he enjoyed collecting vintage watches and clocks as well as books.

Besides his parents, he was preceded in death by his two sisters, Ruth Deleon and Grace Gaona.


Cremation. A Celebrating of Life Gathering was held Thursday, May 30, 2019 at the Dickey Funeral Home, Harrisonville, Missouri.

ONLINE DONATIONS: www.saintlukesgiving.org, click Donate link, then Tribute link. From there use the dropdown Giving Options and type in Grantham Research in the Area of Choice..
To order memorial trees or send flowers to the family in memory of Cenobio "John" Lozano Jr., please visit our flower store.