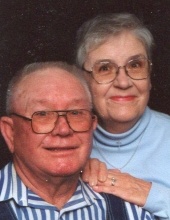 Charlene Frances Thornburg, of Harrisonville, Missouri was born July 9, 1939 in Kansas City, Missouri the daughter of John and Phyllis (Thompson) Bell. She departed this life on Saturday, April 4, 2020 at the Golden Years Care Services, Harrisonville at the age of 80 years, 8 months and 26 days.

Charlene was a long time resident of the Ballard area was a homemaker.

Besides her parents, she was preceded in death by her husband, Bobby Joe Thornburg on December 6, 2006; a son, John Robert Thornburg; a son-in-law, Bill Klumb; a sister, Stephanie Turner and dear friend, Jack Powell.

Family suggests memorial contributions may be made to the Alzheimer's Association or the Harrisonville Animal Shelter.
To order memorial trees or send flowers to the family in memory of Charlene Frances Thornburg, please visit our flower store.