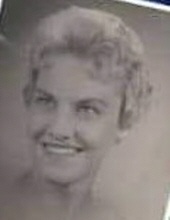 Charlotte Ann Tillett, 78, Blairstown, Missouri departed this life on Wednesday, March 24, 2021 at her home when God called her to be by His side.

She was preceded in death by her mother Clementine and stepfather, Artie Foster and her father, Lawrence Edmund Pierce; a sister, Angela Reimen; a brother, James Foster; a son, Robert Tillett; a daughter, Roberta Jo Sipple; and a grandson, Christopher Sidwell and many other loved ones and pets.

Charlotte was born in the St Louis area. In her early years, she and her sister spent much time with their great grandparents in Bonne Terre, Missouri. The family eventually moved to the Kansas City area. She graduated from Ruskin High and went on to Cosmetology College for 2 years, obtaining her beautician's license. She cut hair the rest of her life but that wasn't her chosen career. She worked many jobs, including factory and laborer and she loved the time spent working at a battered women's shelter. However, she eventually discovered driving for senior citizens and special needs and that was the work she loved. She was always one to give, and never met a stranger. She always enjoyed driving and being on the go. She worked hard and loved hard. She was outspoken and funny and had the strength of a warrior, before it was cool. She was a gifted and a self taught artist, pianist and she loved animals. She always had many pets and sometimes of all kinds. She enjoyed fishing and being outdoors. She married a few times before she met Leroy. They married in July of 1982, joining their two big families into one huge family. She loved them all unconditionally, as well as the many children she adopted in her heart along the way. She touched so many lives in so many ways and will be dearly missed.

Family suggests memorial contributions may be made to the St. Jude's Children's Hospital and may be left at or sent to the Dickey Funeral Home, P.O. Box 432, Harrisonville, MO 64701.
To order memorial trees or send flowers to the family in memory of Charlotte A. Tillett, please visit our flower store.