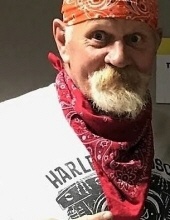 Christopher Anthony Robles, 56, of Pleasant Hill, was born, April 28, 1964, in Kansas City, Kansas, the son of Fredrick and Ann (Thompson-Mosley) Robles. He departed this life, Sunday, June 14, 2020, at his home surrounded with love and family.

On August 17, 1996, he was united in marriage to Georgetta G. “Gigi” Frazier at the St. Matthew Catholic Church in Kansas City, Missouri.

Chris was a roofer. He started his career with the Frazier Roofing Company later owning and operating the Robles Roofing along with his wife Gigi. Growing up Chris enjoyed fishing and had especially fond memories of fishing with his father. Throughout his life he cherished time spent fishing with his family and friends. Chris also enjoyed a good game of Horse Shoes and was instrumental in starting the “Ricky Bobby” Horse Shoe team in Pleasant Hill. He and Gigi loved to travel and had traveled over most of the United States.

Chris was preceded in death by his father, Fredrick Robles; one brother, Fred R. Robles; and one nephew, Sebastian Ladd.

He is survived by his wife Gigi of Pleasant Hill; seven children, Christopher (and Lauren) Robles of Greenwood, Kevin (and Natalie) Robles Lee’s Summit, Josh Dawe Harrisonville, Gabriel (and Adrian) Dawe of Pleasant Hill, Erin Dawe and Jeremy Dawe both of Lee’s Summit, and Bellamy (and Torrey) Shumard of Harrisonville; his mother, Ann Robles of Raytown; his sister, RoseAnn (and Jeff) Madden of Edgerton, Kansas; 14 grandchildren; many nieces and nephews; other relatives and a host of many friends.