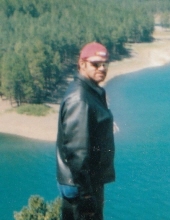 On June 12, 1981 Butch was united in marriage to Linda Diane Willoughby in Harrisonville, Missouri.

Butch was employed as plant supervisor for Quality Aggregates in Kansas City, Missouri. Earlier, he was employed at Limpus Quarries and Apac Quarries both in Harrisonville, Missouri. He enjoyed working on cars, his dune buggy and riding his motorcycle. Butch loved his family and adored his grandchildren and great-grandson. He was a lifelong resident of Harrisonville.

Butch was preceded in death by his father, Cletis Hodges, Sr., his step-father, Amos Vogeler; a son, Steven Hodges; a brother, Gary Vogeler.

A Celebration of Life service was held Friday, June 14, 2019 at the Dickey Funeral Home, Harrisonville, Missouri.

The family received friends Friday, June 14, 2019 at the funeral home.

The family suggest that memorial contributions may be made to Biker's For Babies.
To order memorial trees or send flowers to the family in memory of Cletis W. "Butch" Hodges, please visit our flower store.