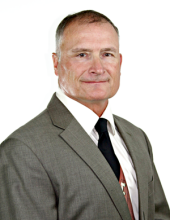 It's with great sadness that the family Coach Lliteras announces his sudden passing at the age of 66 on April 5th at Research Hospital in Kansas City. He was born in Alliance Nebraska to Robert and Mary Lliteras. After graduating high school he enlisted in the Army, where he rose to the rank of First Lieutenant. He served in the 82 airborne division and was a presidential honor guard early in his military carrier. He met his wife Kris while serving and they got married in 1975. After his service he went on to college where he graduated from Chadron State. Chuck earned his bachelor's degree and finished with a masters in Kinesiology. Chuck had a passion for coaching, which he did for over 40 years at both the high school and College levels. He was honored in 2013 by being inducted into the Missouri Football Coaches Association Hall of Fame. He enjoyed playing golf, working out and staying busy will multiple ongoing projects.

Chuck and Kris were married for 45 years. He is survived by wife Kris, son Mathew (Maria), son Jeremy (Grace) and seven grandchildren; Beth, Zac, Lily, Dade, Corbin, Lexie and Asher. He has 4 surviving siblings ; Roberta (John Weisgerber), Daniel (Jill), Joseph (Pam) and David (Dawn) with multiple nieces, nephews and cousins. He was proceeded in death by his parents and his brother Michael.

Per Coaches wishes there will not be a service (he wouldn't of like this obituary either).

Family suggest that memorial contributions may be made to a charity of one's choice.

If you are attending the visitation, the family asks if you would wear a mask and practice social distancing.
To order memorial trees or send flowers to the family in memory of Coach Chuck Lliteras, please visit our flower store.