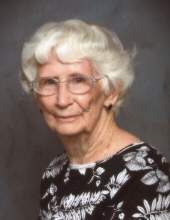 Colleen Francis Davis was born to Jesse Albert and Wilda Adams Francis November 20, 1920, in Muskogee, Oklahoma. She moved with her family from Sapulpa, OK to Harrisonville, MO. April, 1926. She finished 12 yrs. School there, graduating Harrisonville High School with class of 1938.

Colleen earned a BS in education degree from CMU Warrensburg, majoring in primary education and speech correction. She earned a Master of Education degree from Missouri U. Columbia with a major in supervision. She did additional study at KC Junior College, KC University, Sophia University in Tokyo, Kansas University with classes on the Med. Center Campus in KC Kansas a stint of teaching physically handicapped first graders at the Capper Foundation in Topeka, Kansas.

Colleen married Oral O. Davis, LT. Col. USA-Ret. Who was superintendent of all dependent schools in the far East Command while she was a teacher there. They shared a number of homes in various places for 13 years, meanwhile traveling the US., Canada, and Mexico. While living in Mesa, AZ. She was a volunteer in the Telephone Counseling Program of Grace Community Church of the Valley; assisted with wedding receptions at the church and drove many seniors to their appointments.

Cremation. A Celebration of Life Service will be 11:00 a.m., Wednesday, January 12, 2022 at the Dickey Funeral Home, Harrisonville, Missouri with inurnment in the Orient Cemetery, Harrisonville immediately following the service.

Family will receive friends from 10:00 a.m. until 11:00 a.m., Wednesday, January 12, 2022 at the funeral home.
To order memorial trees or send flowers to the family in memory of Colleen Francis Davis, please visit our flower store.