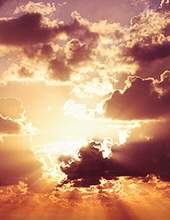 Jeffrey Corbett “Corby” Cummins of Harrisonville, Missouri was born December 17, 1963 in Independence, Missouri the son of James Corbett and Janet Charlene (Boyland) Cummins. He departed this life on Monday, January 3, 2022 at the Research Medical Center, Kansas City, Missouri at the age of 58 years and 17 days.

Corby was employed as a machinist supervisor for Midwest Plastics, Lee’s Summit, Missouri. He was a “Good Ol’ Boy” who loved his family, especially his grandchildren and hated when the Kansas City Chiefs lost. Corby was known as a giver and not a taker. He was willing to help anyone he could.

Besides his parents, he was preceded in death by a brother, Chris Cummins.

Funeral arrangements are under the direction of the Dickey Funeral Home, Harrisonville, Missouri.
To order memorial trees or send flowers to the family in memory of Corby Cummins, please visit our flower store.