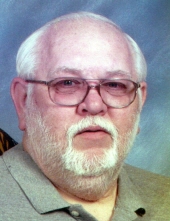 Darol Keith Ladd of Raymore, Missouri was born March 27, 1945 in Kansas City, Kansas the son of Lloyd Arthur and Phoebe Jane (Drenan) Ladd. He departed this life on Thursday, May 16, 2019 at his home surrounded by love and family at the age of 74 years, 1 month and 19 days.

On July 7, 1982, Darol was united in marriage to Carolanne Kathimane Green in Kansas City, Kansas.

Darol was employed as a lineman for GM Fairfax plant until his retirement in 1996. He was a member of the UAW Local #31 and the First Baptist Church in Raymore. Darol enjoyed deer hunting. He was a family man and enjoyed spending time with his children and grandchildren. Darol will be missed by all who knew him.

Funeral service were held Wednesday, May 22, 2019 at the Dickey Funeral Home, Garden City, Missouri with burial in the Garden City Cemetery.

Family suggests memorial contributions may be made to Serenity Care Hospice.
To order memorial trees or send flowers to the family in memory of Darol K. Ladd, please visit our flower store.