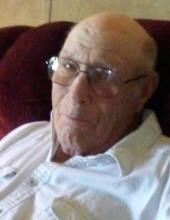 Darryl served in United States Army for over 21 years as a Master Mechanic. Following his retirement from the Army he was employed as a Custodian and Maintenance Foreman for the Lone Jack School district. He had also worked for LTV in El Paso, Texas. He enjoyed hunting, fishing, trapshooting, and caring for his yard, garden, and fruit trees. He especially enjoyed following his family and friends on Facebook.

Darryl was preceded in death by his parents; 1 daughter, Therese Wietrick; and one brother, Calvin Hull.

He is survived by his wife, Shirley of the home; 3 sons, Jeff Russell of Eagle River, Alaska, Gregory (and Yvonne) Russell of Summerville, South Carolina, Darryl Hull of Selma, North Carolina; one daughter, Elizabeth (and Ramone) Barajas of Carrolton, Texas; 1 brother, Paul (and Judy) Hall of Farber, Missouri; 1 sister, Linda (and Robert) Clithero of Vandalia, Missouri; 8 grandchildren; 7 great grandchildren; other relatives and friends.

Cremation has been accorded. Services will be held at a later date.