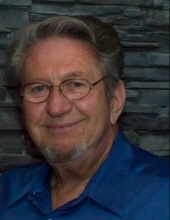 Darryl was employed as a car hauler for Jack Cooper Transport, Kansas City, Missouri until his retirement. He enjoyed the outdoors, fishing and going to the Lake of the Ozarks.

He was preceded in death by his parents, a step-father, Ozro Sigler.

Cremation with a service at a later date.

Services are under the care of Dickey Funeral Home, Harrisonville, Missouri.

Today I lay a man to rest who’s influence on my life contributed to my development as a man. From sharing knowledge of his life experiences to working tirelessly to provide a consistent, secure and stable home for my mom, my brother, his own son and myself. He was hardcore. A graduate of Northeast, a Teamster, a walk hard, stand strong, talk his opinion, no nonsense American. Shake hard, punch harder and always protect your family. This man stood against all of his friends and defended my honor only to be judged and disconnected by those he thought were honorable. This man walked and supported every move I made and with whomever I made it.
Today I lift a glass to my Stepdad. Daryll Murphy. One of the toughest men I’ve known. Rest well.

Written by Jesse Pringle
To order memorial trees or send flowers to the family in memory of Darryl W. Murphy, please visit our flower store.