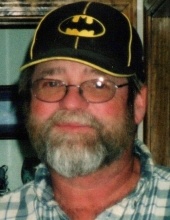 On March 5, 1983, he was united in marriage to Margaret A. (Harp) Smith at the Greenwood Christian Church.

David was employed as a Laborer and was a proud member of the Heavy Construction Laborers Union Local #663. He had worked construction for W.A. Ellis Construction, as Head of Maintenance for Hunt Midwest Enterprises, and was the City Inspector for the city of Pleasant Hill. He enjoyed working on old cars and trucks, fishing, and gardening, especially pumpkins.

David was preceded in death by his parents and one great-grandson Bentleigh Meakins.

Per David’s wishes cremation has been accorded. No services are scheduled at this time. Inurnment will be in the Pleasant Hill Cemetery at a later date.