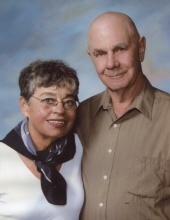 David Lee Freer of Fort Scott, Kansas was born December 6, 1940 the son of Dan and Edith Ameila (Tucker) Freer. He left this earth to join his wife of 50 years on Thursday, February 25, 2021 at his daughter’s home in Harrisonville, Missouri at the age of 80 years, 2 months and 19 days.

On July 10, 1960, David was united in marriage to Lynnelle Martin in Piedras Negras, Mexico.

David was a brickmason by trade. He was a 60 year member of the Bricklayers and Allied Craftworkers Local #15 Union. David retired as a superintendent for an Industrial Contracting Company in Kansas City, Missouri.

Besides his parents, he was preceded in death by his wife of 50 years, Lynnelle on March 25, 2011; a sister, Joan Collins and Shirley Stephens both of Fort Scott, Kansas.

Cremation. A private family inurnment will be held at the Evergreen Cemetery, Fort Scott, Kansas and a Celebration of Life Service will all be held at a later date.

Funeral arrangements are under the direction of the Dickey Funeral Home, Harrisonville, Missouri.
To order memorial trees or send flowers to the family in memory of David L Freer, please visit our flower store.