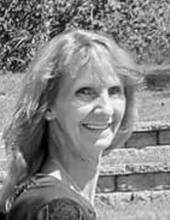 Debra Jan Burton, of Collins, Missouri was born December 27, 1956 in Rockford, Illinois the daughter of William Wells and Mary Iona (Holland) Redmon. She departed this life on Sunday, March 15, 2020 at the Golden Valley Memorial Hospital, Clinton, Missouri at the age of 63 years, 2 months and 17 days.

Debra was a homemaker. Previously she was employed for Tracker Marine in Clinton, Missouri for 12 years and drove a Semi for FFE, Dallas, Texas. Debra loved to play pool, fish and spend time with her family and friends.

Besides her parents, she was preceded in death by twin siblings Brenda and Linda Wells, a brother Jessie Redmond and a son Leamon Campbell.

Funeral arrangements are under the direction of the Dickey Funeral Home, Garden City, Missouri.
To order memorial trees or send flowers to the family in memory of Debra Jan Burton, please visit our flower store.