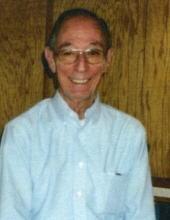 Delano "Del" Angel left this world surrounded by the love of his family on July 1, 2021. Del was born on May 26, 1938 to Aaron A. Angel and Mildred L. Hatten Angel in St. Francis, Kansas. "Sonny" was the name given to him by his grandmother at a very young age. Graduated from St. Francis High School in 1956. He was an outstanding drummer and showed his talent every time he played. After graduation he joined the Air Force and was stationed in Biloxi, Mississippi for a short time before returning home to take care for his sick father. Del attend the Denver Barber College, Denver Colorado. He married Jody Wieck and to this marriage, four children were born.

Del managed the Sprouse Reitz Company Stores before owning and operation a Sears and Roebuck as well as a Western Auto Store in Oregon and Washington State. While in the Pacific Northwest, he enjoyed racing snowmobiles in his spare time. He moved his family back the the Midwest in the early 70's where Del attended the Kansas City Watch and Jewelry School. After his graduation, they purchases William's Jewelry Store in Harrisonville, Missouri. It was then changed to Angel's Jewelry Store and located on the square. He owned and operated this store for a decade before selling. Del worked in other jewelry stores within the Kansas City area until his retirement.

Graveside services to held at a later time in St. Francis, Kansas.

Funeral arrangements are under the direction of the Dickey Funeral Home, Harrisonville, Missouri.
To order memorial trees or send flowers to the family in memory of Del Angel, please visit our flower store.