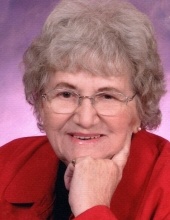 Dolores Meyer, 87, of Creighton, was born June 28, 1933, near Creighton, Missouri, the daughter of Robert Leo and Coraellen (Noyes) O’Neal. She departed this life Tuesday, February 16, 2021, at the Golden Years Center in Harrisonville.

Dolores was a 1951 Creighton High School graduate. She furthered her education by attending UCM for one year followed by graduating from Trinity Lutheran School of Nursing in Kansas City in 1955 as a registered nurse.

On December 31, 1955, she was united in marriage to Charles Henry Meyer at the United Methodist Church in Creighton. Dolores and Charlie lived on his family Century Farm in Henry County.

Dolores was employed as a registered nurse, first at Clinton General Hospital, then at Cass Regional, and last at Golden Valley Memorial Hospital where she finished her career as the assistant director of nurses. While there, she helped start an Aids support group in Clinton.

She was a life-long member of the Creighton United Methodist Church where she was active in the United Methodist Women’s organization. She was also a charter member of a Red Hat Society in Sedalia. She enjoyed quilting, scrapbooking, flower gardening, and collecting Mickey Mouse memorabilia. She truly loved spending time with family, especially with her grandchildren. She most cherished family vacations at the lake, Sunday dinners, and weenie roasts on the farm.

Dolores was preceded in death by her parents, one infant sister Roberta, one son George Meyer, and her husband Charlie.

Per her wishes, cremation has been accorded.

A celebration of life gathering will be held at a later date on the family farm. Service times will be published online at www.stanleydickeyfuneralhome.com when that information becomes available.

Online condolences may be sent to the family at www.stanleydickeyfuneralhome.com
To order memorial trees or send flowers to the family in memory of Dolores (O'Neal) Meyer, please visit our flower store.