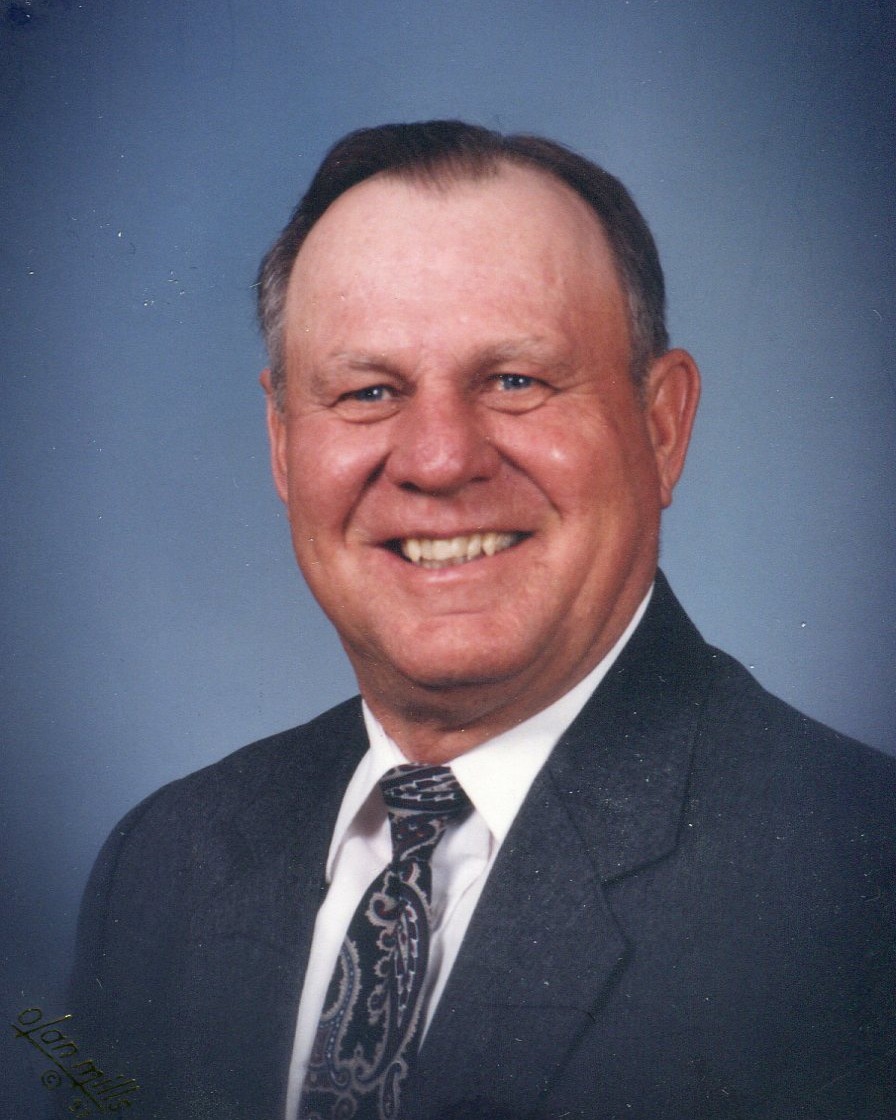 Don Olin Shingleton, 85, Harrisonville, Missouri went to his heavenly home on Monday, December 5th, 2022 at his home on the farm.
Don was born on February 21, 1937 to Edward Elijah Shingleton and Jewel May (Williams) Shingleton in Harrisonville, MO.
Don made the most important decision of his life at a young age when he accepted Jesus as his Savior.  He was a member of Sycamore Grove Mennonite Church. He served as church treasurer, alongside his wife, for many years.
In his youth, Don was active in 4-H and FFA. He was a four year Harrisonville Wildcat football player.  Due to his speed, and small stature on the field, he was nicknamed "Mighty Mouse" by his teammates.
June 9, 1955, Don married his high school sweetheart, Ella May Rushly. Together, Don and Ella May partnered in farming as Rush-Shing Acres. Don worked in the fields and Ella May did the bookwork.
Debbie, born in 1958, Tamie, born in 1962 and Jerry, born in 1970, completed their family. Don and Ella May were a shining example to their children of a Godly marriage.
Don was generous, and if he saw someone with a need arise, he was quick to give. He was honest, and hard working. A strong shoulder to lean on. Spunky and sweet. Not afraid to say, ' I am sorry'. A man of his word. Always telling his kids,' I am praying for you.'
Don's lifelong passion was farming. As a boy, helping his dad on their farm fostered a love of the land in him.  He loved tilling the soil and planting and harvesting the crops and everything in between.  He didn't believe in staying in the house too long. "You might get soft!  You have to get out and breathe the fresh air!," he would tell us.
With the loss of his "Elly" on August 16, 2020, life would never be the same. Of course, it wouldn't.
As his health declined in the last year of his life, he was no longer able to climb up in the combine or tractor and do the farm work that he loved to do. But he didn't let that stop him.  He found a way to farm by way of his cell phone! Looking out of the big window in the house, or watching from the back porch, or sitting in his truck in the field, he kept a close eye on the activity at hand. He would hit speed dial #1, Jamie's number, calling him 'often' to let Jamie know how to 'do it right'!
And then, harvest was over. The season was finished. His earthly work was done.  Jesus tenderly called to him, "It is time to come Home".
Well done, thy good and faithful servant.
Go rest high on that mountain,
Son your work on earth is done.
Go to heaven a-shoutin',
Love for the Father and the Son.
Don was preceded in death by his parents, brother Duane Shingleton, and his wife Ella May.
He is survived by three children, Debbie (Johnny) Bennett, Tamie (John R.) Bennett, Jerry (Angela) Shingleton, all of Harrisonville. Four grandchildren, Jamie Bennett, John J. Bennett, Lauren (Jason) Brown, Dustin (Elizabeth) Bennett, all of Harrisonville. Two great grandsons, Eugene Brown and Chase Bennett.
One sister, Carol Knight, Harrisonville.

To order memorial trees or send flowers to the family in memory of Don Olin Shingleton, please visit our flower store.