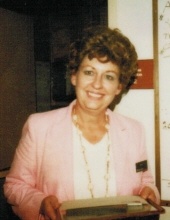 Dona, affectionately called Doni by her friends, was born on December 18th, 1933 in Greenfield, Iowa at her family’s home on Depot Street. Her parents were Fred Wehrli Sr. and Lillian Garnett Olsen Wehrli. Dona graduated from Greenfield High School in 1951 with honors. She married Norman Farber and although later divorced they had 2 children from that union. Susan Barngrover of Cleveland, Missouri and Daniel Farber of Lane, Kansas.

Doni always said she did not want to live if she couldn’t be productive and spent her life always contributing. She was a talented seamstress and remodeler and could create something practical yet beautiful out of nothing which brought wonderment to those who saw her handiwork. She was also a buyer at The Jones Store Company for over 10 years as well as working at the Kansas Institute, psychiatric hospital teaching and inspiring patients with her common sense, wit and experience.She sold real estate and was an inventive entrepreneur. In addition, after her regular job, she spent many long hours supporting her children by flipping houses before it was in vogue. Doni was a groundbreaking trailblazer in a man’s world, yet kept her looks and charm all the while. Most of all, she was a dedicated mother and grandmother who “adopted” many young people and stray animals who needed love and encouragement.

Doni also tried to bring a smile to everyone she encountered, and she reported that it just made her day when she could lift others mood. Many sought her wise counsel and she was tolerant and charitable with everyone she knew.She was a lover of clever common sense sayings which she often recited as well as the hundreds of nursery rhymes she used to keep her mind quick. Doni enjoyed cooking and sewing for family and friends and gardening with her daughter. She labored extremely hard physically and was a fighter with a resolute spirit. She often told her family that she could be considered stubborn but after age 35 she and her children, which followed in her stead, had deserved the right to be called “determined”.

Doni lived by herself till her fall. She had been active and productive with a mind as sharp as a steel trap! Though she fought through a myriad of complications for 8 weeks and 6 hospitalizations including covid pneumonia, sadly it was ”not meant to be” as her body could no longer bear the burden. She characteristically fought back by dying on her 87th birthday, 3 days after she declared she was finished with hospitalizations and misguided interventions. She had made the most of her 2 month reprieve by spending time with her family and beloved cats. Like John Wayne she had True Grit as, “Life is getting up one more time than you’ve been knocked down”. She consistently proved her independence, like the old Sinatra song “I Did It My Way”, one would expect nothing less from a woman of her caliber.

Doni is survived by her children Daniel and Susan. Also son-in-law Dean Barngrover and granddaughter Leah Barngrover of Cleveland, Mo. Remaining are her sister Delores Plymesser of Greenfield , Iowa and her brother Fred “Butch” Wehrli Jr., of Gardnerville, Nevada. She is preceded in death by her sister Betty Plymesser of Greenfield, Iowa.
Doni would wish that you think of her when you see beauty in nature and remember her indomitable spirit when times are difficult.

Funeral arrangements are under the direction of the Dickey Funeral Home, Harrisonville, Missouri.
To order memorial trees or send flowers to the family in memory of Dona W. Farber, please visit our flower store.