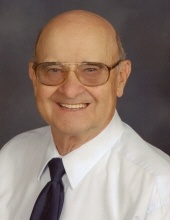 Donald “Don” Ray King of Harrisonville, Missouri was born January 22, 1934 in Creighton, Missouri the son of Wilbur and Amy Frances (Dale) King. He departed this life on Sunday, March 7, 2021 at his home surrounded by love and family at the age of 87 years, 1 month and 13 days.

On October 3, 1958, Don was united in marriage to Carol Ann Fouts in Knoxville, Missouri.

Don was drafted into the Army and served from 1956 -58 in Germany. He left the Service as a Marksman (Sub Machine Gun) and received a Good Conduct Medal. Upon return he began working at Westinghouse and then settled into a 27 year career with Western Electric as a Tool & Die Machinist.

He and Carol raised four daughters in their life long home in Harrisonville, MO. They didn't indulge in any past times which didn't include their children. Square dancing and bowling fit both; Cheryl became the member of a traveling square dance youth group and all the girls enjoyed bowling. As they got older; Don could be seen coaching their techniques during their weekly league nights. Donna is still a bowler and reported scores to her Dad every Tuesday evening. Don was also Secretary of several Men's Bowling leagues and used those duties to reinforce math, often asking the girls to help figure bowling averages.

After retirement Don and Carol wintered in Texas with good friends the Dyers and Stanfills. They enjoyed many years of travel to Texas until Carol's death in 2009. They loved camping and squaring dancing and continued those past times in retirement.

Don was outnumbered 4 to 1 after Carol's passing but didn't seem to mind. His independence kept the girls on their toes. They were always ready to lend a helping hand, drive him to an appointment, listen to a story he'd told dozens of times, and yes drive him to Denny's for breakfast or Wendy's for lunch.

There are so many memories, so much laughter, and happy tears to fill our hearts forever.

Besides his parents, he was preceded in death by his wife, Carol King on June 3, 2009; a son-in-law, Bobby Riffle; 4 brothers, Everette, Wayne, Keith and Mark King; 3 sisters, Beulah Nagle, Kathleen Polzin and May Frances Wilt; an infant brother and sister.

Funeral services will be 10:30 a.m., Wednesday, March 10, 2021 at the Dickey Funeral Home, Harrisonville, Missouri with burial with Military Honors in the Byler Cemetery near Creighton, Missouri.

Family suggests memorial contributions may be made to Heartland Hospice, Independence, Missouri.

Family requests that masks be worn and practice social distance protocol while attending the visitation and service.
To order memorial trees or send flowers to the family in memory of Donald "Don" Ray King, please visit our flower store.