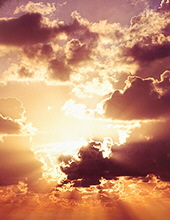 Donald William Brady, of Harrisonville, Missouri was born March 23, 1935 in Topeka, Kansas the son of William Campbell and Audry Elizabeth (Anderson) Brady. He departed this life on Saturday, May 26, 2018 at his home in Harrisonville at the age of 83 years, 2 months and 3 days.

On February 11, 1956, Donald was united in marriage to Linda Jane Camp in Fabens, Texas.

Besides his parents, he was preceded in death by his wife, Linda Brady and a sister, Francis.

Funeral arrangements are under the direction of the Dickey Funeral Home, Harrisonville, Missouri.
To order memorial trees or send flowers to the family in memory of Donald William Brady, please visit our flower store.