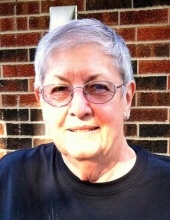 Donna was a wonderful homemaker and stay-at-home mom. She was an active member of the Amazing Grace Lutheran Church in Pleasant Hill. She truly enjoyed spending time with her children grandchildren. She was a gifted baker and was an avid Yahtzee player.

Donna was also preceded in death by her parents.

She is survived by two daughters, Marsha S. (and Graylan) Clark, and Brenda J. (and Nick Ederer), all of Pleasant Hill; four grandchildren, Sarah (and Brice) Barnaby, Abigail Clark, and Clint Ederer, all of Pleasant Hill, and Nicholas (and Lindsey) Ederer, of Monument, Colorado; four great grandchildren, Von Barnaby, Jaxon Barnaby, Lincoln Ederer, and Delaney Ederer; one brother, Jim (and Janice) Uffelman of York, Nebraska; and one sister, Connie Davis of York; other relatives and friends.

Memorial contributions are suggested to the Amazing Grace Lutheran Church and may be sent in care of the funeral home.

Online condolences may be sent to the family at www.stanley-dickeyfuneralhome.com
To order memorial trees or send flowers to the family in memory of Donna B. (Uffelman) Knorr, please visit our flower store.