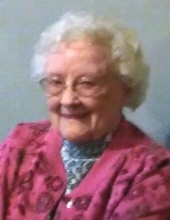 Doris Alene Biven of Greenwood, Missouri was born November 27, 1933 in Sweet Springs, Missouri the daughter of Durward and Venton (Elsea) Venable. She departed this life on Thursday, May 5, 2022 at Research Medical Center, Kansas City, Missouri.

After High School she pursued her dream of nursing in Kansas City, Missouri where she met the love of her life Jones E. Biven. They were married January 16, 1954 and their adventure began.

Doris and Jones loved going fishing with family and friend, which also led to a love of traveling. They also found a love of racing thoroughbreds and followed the racing circuits for many years. They were married for 68 years. Doris had numerous friend and belonged to Brush Buddies china painting club for many years.

Besides her parents, she was preceded in death by two sisters, Nadene and Marjorie and many dear friends.

Cremation. A Celebration of Life Service will be held at 11:00 a.m., Thursday, May 12, 2022 at the Dickey Funeral Home, Harrisonville, Missouri.

A private family inurnment will be held at the Garden City Cemetery, Garden City, Missouri at a later date.

Family suggests memorial contributions may be made to

To order memorial trees or send flowers to the family in memory of Doris A. Biven, please visit our flower store.