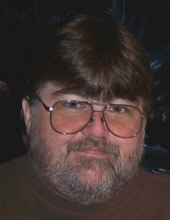 Duane Charles Anders of Peculiar, Missouri, formerly of St. Joseph and Novinger, Missouri, was born April 30, 1958 in Michigan. He is the son of Bernard Charles and Treva Jo (Robbins) Anders.

Duane was employed as a truck driver and later as a fleet manager for Swift Trucking in St. Joseph and Edwardsville, Kansas. He enjoyed fishing, woodworking, and music and was a big NASCAR fan. Duane was known as a good friend and a great listener.

Duane is survived by two daughters, Jennifer Giseburt and husband Robert of St. Joseph, Missouri, and Jamie Lehmkuhl and husband Chad, of Peculiar, Missouri; four grandchildren, Topher and Riley Lehmkuhl, and Victoria and Drew Giseburt; a sister, Holly Keller of Bloomfield, Iowa; his beloved dog, Tramp; plus many relatives and dear friends.

In lieu of flowers, the family recommends donations be made to the Lutz Cemetery Maintenance Fund, 21346 State Highway K, Novinger, Missouri 63559.

Funeral arrangements are under the direction of the Dickey Funeral Home, Harrisonville, Missouri.
To order memorial trees or send flowers to the family in memory of Duane Charles Anders, please visit our flower store.