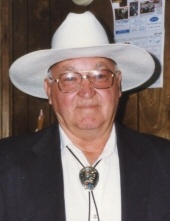 Earnest Allen "Ernie" Rea of Garden City, Missouri was born May 17, 1928 in Austin, Missouri the son of Otis Allen and Ella Sylvia (Urton) Rea. He departed this life on Monday, April 12, 2021 at Holden Manor Care Center, Holden, Missouri at the age of 92 years, 10 months and 26 days.

Besides his parents, he was preceded in death by his wife, Norma on March 10, 1987; three brothers, Leroy, Joe and Arnold Lee; a sister, Effie.

Ernie grew up on a farm near Garden City, Missouri. He had many jobs growing up until he went to work for Dusseliers Brothers Ready Mix, Grandview, Missouri. He was employed there for 30 years until his retirement on May 15, 1988.

Ernie never met a stranger, always had a smile on his face and loved to tell stories.

Funeral Services will be held Thursday, April 15, 2021 at 11:00 a.m. at the Dickey Funeral Home, Harrisonville, Missouri. Burial will be in the Garden City Cemetery, Garden City, Missouri.

The Family will receive friends Thursday, April 15, 2021 from 10:00 a.m. - 11:00 a.m at the funeral home.
To order memorial trees or send flowers to the family in memory of Earnest A. "Ernie" Rea, please visit our flower store.