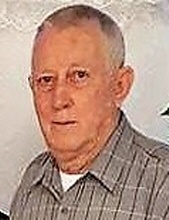 Eddie Lee “Ed” Yuille, 76, of Belton, Missouri, was born, May 7, 1943, in Braymer, Missouri, the son of Gene and Wanda (Floyd) Yuille. He departed this life, Thursday, June 6, 2019, at the Kansas City Hospice House surrounded with love and family.

Ed was first employed as a Horse Jockey and Horse Trainer. After retiring from horse racing he worked as a car salesman in Norborne and for Woods Ford in Chillicothe. In the late 1970’s he moved to Pleasant Hill where he managed the Pryor Downs Horse Farm for 10 years. During his free time he truly enjoyed spending time with his children in all their numerous sporting activities; he also enjoyed a good game of Pitch.

The family would like to express their thanks for the wonderful help and care given by Kansas City Hospice and Palliative Care.

Light refreshments and gathering of friends and family will be held from 2:00 to 3:00 p.m. A celebration of life will follow; Reverend Bill Meier and Mr. Jerry Tapee will officiate. Please RSVP at (816) 589-2896.

Memorial contributions are suggested to Kansas City Hospice and may be sent in care of the funeral home.