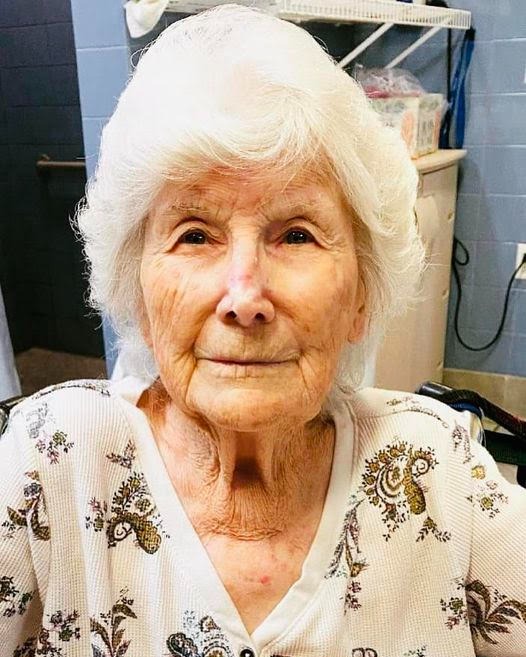 Edna Lee was born November 7, 1920 near Norris, MO. She was united in marriage to Kenneth Fern Emick on March 8, 1940 in Creighton, Missouri.

Edna Lee was baptized into the Christian Church in 1954. She was very involved in the church from being a Sunday school teacher, secretary, treasure and deaconess. One of her fondest memories was celebrating her 80th birthday and family and friends surprised her and filled the church. She was a member of the Grand River Homemakers, Red Hats, did volunteer work at the Henry County Museum in Clinton and Golden Valley Hospital and was also a news correspondence for the Clinton Daily Democrat. She was a school cook for several years and also worked at K7 Drive Inn.

She was Woman of the Year in 1994 and Grand Marshall of Urich in 1993. She loved her grandchildren and great grandchildren. Edna Lee loved performing and she was always a big hit as Minnie Pearl at the Urich Reunion.

Memorial contributions may be made to Urich Reunion Committee, or Urich Museum and may be sent in care of Dickey Funeral Home, P.O. Box 432, Harrisonville, Missouri 64701.

To order memorial trees or send flowers to the family in memory of Edna Lee Emick, please visit our flower store.