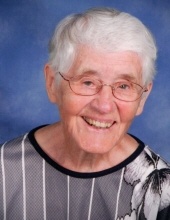 Chris was a 1944 graduate of Academy High School in Erie. She furthered her education earning a Master’s Degree in Education from Atlantic Union College in South Lancaster, Massachusetts in 1949.

While serving as a teacher in Africa she met her future husband Dale Eugene Fairchild, and they were married May 1, 1955 in Gwelo, Zimbabwe.

Chris was a much loved and respected school teacher. She taught at a number of schools including Greater Pittsburgh Junior Academy in Pittsburgh, Pennsylvania; the Adventist school system in Zimbabwe, Africa; Lake Erie Junior Academy in Erie, Pennsylvania, and in the Erie County Public School System. Following retirement, she continued her passion for teaching by volunteering as a tutor in the Kingsville, Missouri R-I School district. She was passionate about teaching and was always there to support the underdog. She never gave up on a student and was adamant in educating them with love. She described herself as “tough as nails, but all my students know I love them!”

Chris was a member of the Kingsville Seventh-Day Adventist Church. She enjoyed stamp collecting, old books, and spending time with her family.

Chris was preceded in death by her parents, eight siblings, and daughter, Betty J. “Biz” Reynolds.

She is survived by her husband Dale of the home; her son and daughter-in-law, David and Darlene Fairchild of Shawnee, Kansas; five grandchildren, Beckie Fairchild of Branson, Missouri; Rindy Fairchild, of Bentonville, Arkansas; Christopher (and Shana) Fairchild of Ooltewah, Tennessee; Rob Reynolds of Pleasant Hill; and Kevin Reynolds of Lincoln, Nebraska; as well as other relative and friends.

A celebration of Chris’ life will be held at a later date.

Memorial contributions are suggested to Harvesters or ADRA – Adventist Development and Relief, and may be sent in care of the funeral home.