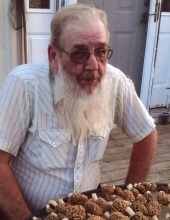 Edward "Ed" James Felton, of Creighton, Missouri was born July 26, 1947 in Kansas City, Missouri. He was the son of James Edward Felton and Caroline Lucille (Heins) Felton Decker. He departed this life on Monday, September 9, 2019 at his home at the age of 72 years, 1 month and 14 days.

Ed owned and operated Ed's Auto Parts in Garden City, Missouri. He was an Army veteran serving in the Vietnam War. Ed served on the Garden City, City Council, the Garden City Volunteer Fire Department and was a member of the Fire Fighters Association of Missouri. He loved his family and spending time with his granddaughters. Ed enjoyed the outdoors especially mushroom hunting and fishing. He was a licensed pilot, loved to fly his plane, and ride 3 wheelers. Ed was a very smart and intelligent man. He could work on and fix anything.

Besides his parents, he was preceded in death by his step-father, Ira Decker.