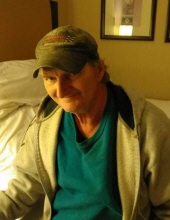 Eldon Wayne Leonard, of Independence, Missouri formerly of East Lynne, Missouri was born August 30, 1962 in Harrisonville, Missouri the son of Eldon Ray and Wanda Lee (Johnson) Leonard. He departed this life on Sunday, May 20, 2018 at his home at the age of 55 years, 8 months and 20 days.

Wayne was employed as a mechanic and loved working on old cars and trucks. He was a jack of all trades, could do anything you wanted even hang and paint sheet rock. Wayne loved being in the outdoors, doing anything and everything from gardening to cutting wood for the winter.

The family received friends Thursday, May 24, 2018 at the Dickey Funeral Home, Harrisonville, Mo.

Funeral arrangements are pending under the direction of the Dickey Funeral Home, Harrisonville, Missouri.
To order memorial trees or send flowers to the family in memory of Eldon Wayne Leonard, please visit our flower store.