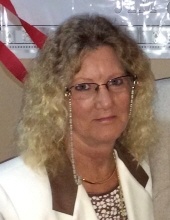 Elsie was born on April 1, 1944 in Commerce, Delta County, TX; the seventh of twelve children born to Lawrence Newton Moore and Elsie Pebble (Miller) Moore. She grew up in the country with her parents and siblings in Mangum, OK.

Elsie was a graduate of City View High School in Oklahoma. After graduation, she traveled to Kansas City to join some of her siblings in pursuit of more employment options. She applied to beauty school and AT&T, and she said that AT&T responded first, so she accepted. It was at AT&T that she found many wonderful lifelong friendships. She also met the love of her life, James (Jim) Ketchum, whom she married on September 27, 1975. Together, Elsie and Jim raised two sons along with many dogs, horses, oxen, and birds on their small farm in Harrisonville. After retirement from AT&T in 1996, Elsie worked at Wright Signs and later at Aztec Signs and Designs creating and installing vinyl graphics for advertisements.

Elsie was known to her loved ones by different names, including: “Mable”, “Sadie”, “Mom”, and “Granny”. She treasured life and savored all the good times spent with her friends and family. She always kept her social calendar full of activities such as: square dancing, bingo nights, bowling league, high school and family reunions, helping with big holiday parties, and cheering on grandkids in school and sports. Even after her health began to fight against her, she remained positive and kept up with attending every activity she could.

Elsie was a devoted wife, mother, sister, friend, and Granny who will forever live on in our hearts. She is a blessing to us all and will be dearly missed.

Cremation has been accorded. A Celebration of Life Gathering will be held from 1:00 – 4:00 pm on Saturday, March 7, 2020 at Dickey Funeral Home, Harrisonville.

In lieu of flowers, contributions may be made to Wounded Warriors Project.
To order memorial trees or send flowers to the family in memory of Elsie M. Ketchum, please visit our flower store.