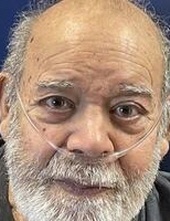 He was a U.S. Army veteran serving his country in the Korean War. He retired from Earl M. Jorgensen Steel after 30 years. He loved to travel and was a collector of Hot Wheels cars. He enjoyed time spent with his family, especially his grandchildren. Never meeting a stranger, he will be remembered as a patient, kind man with an infectious smile.

He was preceded in death by his father, mother, and step-father; one brother; two sisters; a grandson; and his first wife, Mary Esther Smith.

A private memorial service will be held by family at a later date.

In lieu of flowers the family suggested memorial contributions be made to Shriners Hospitals for Children, 2900 Rocky Point Dr., Tampa, FL 33607.
To order memorial trees or send flowers to the family in memory of Enriquez Henry Smith, please visit our flower store.