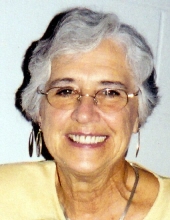 Ernestine was also preceded in death by her parents; one brother, Ernest P. Erxleben; and 2 half-sisters.

She is survived by two sons, Colonel Russell (and Mary) Rector of Murfreesboro, Tennessee, and Michael Rector of Cross City, Florida; one daughter, Susan (and Darrell) Goodwin of Tallahassee, Florida; three grandchildren, Sammy Rector of Murfreesboro, Phoebe (and Kieryn) Parsons of Clarksville, Tennessee, and Hunter Goodwin of Tallahassee; one great grandchild, Chloe Parsons of Clarksville; two nieces; one nephew; other relatives and friends.

Following college Ernestine entered the Nebraska Beauty Pageant and was First Runner-Up to Miss Nebraska. She went on to become a high school teacher in rural Nebraska. Later she was Stewardess with TWA where she traveled the world extensively. She was an active member of the TWA Museum in Kansas City and the Save-A-Connie foundation.

A private interment will be held in the Parkview Cemetery, Hastings, Nebraska.

A graveside memorial service will be held at a later date at the Parkview Cemetery.