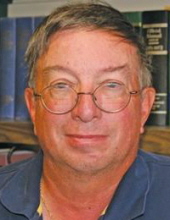 Frederic Kirkland Powell, III, publisher of the Pleasant Hill Times from 1989 to 2015, passed away Tuesday, April 3, 2018, after a cardiac attack caused him to have a car accident in downtown Pleasant Hill. He was 74.

Powell was born November 23, 1943, in Schenectady, New York, the son of Frederic Kirkland and Barbara Ann (Griffith) Powell, II. He was a 1961 Harrisonville High School graduate and he earned his Bachelor’s Degree in Journalism from the University of Missouri at Columbia in 1966.

Following their marriage, Kirk and Jan Powell lived in Rochester, New York, where he worked for the Rochester Times-Union. They returned to Missouri in 1968, when Powell accepted the position of news editor at the Cass County Democrat-Missourian in Harrisonville, Missouri.

In 1975, the Powell family moved to Holden, Missouri, when Kirk and Jan purchased The Holden Progress in Holden, Missouri. In 1989, they purchased the Pleasant Hill Times, managing both newspapers for two years until they sold The Holden Progress to devote all their energy to The Times. At this time, the Powells moved permanently to Pleasant Hill, Missouri.

After purchasing two Apple computers and a laserwriter in the mid-1980s, Powell helped pioneer the use of desktop publishing in the production of a weekly newspaper. He shared their experience with the new technology with many of their newspaper colleagues. Powell also was a syndicated columnist and political cartoonist.

In his spare time, Powell enjoyed sailing his boat on Lake Jacomo and traveling to Europe or the Caribbean with Jan and friends. He was an enthusiastic historian and a former Civil War re-enactor. He also enjoyed bantering at Coffee Club, telling a good joke and debating politics. His dry sense of humor will be missed by all who knew him.

Memorial contributions are suggested to the Missouri Press Foundation Scholarship Fund and may be sent in care of the funeral home or at mopress.com.
To order memorial trees or send flowers to the family in memory of F. Kirk Powell, please visit our flower store.