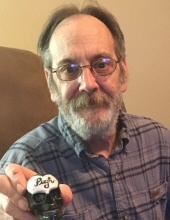 Floyd Leonard Pugh II, of Holden, Missouri was born May 19, 1956 in San Diego, California the son of Richard Norman and Lynne Terry (Jordan) Pugh. He departed this life on Saturday, April 24, 2021 at his home at the age of 64 years, 11 months and 5 days.

He was preceded in death by his father and a brother, Thomas Pugh Sr.

Funeral arrangements are under the direction of the Dickey Funeral Home, Harrisonville, Missouri.
To order memorial trees or send flowers to the family in memory of Floyd L. Pugh II, please visit our flower store.