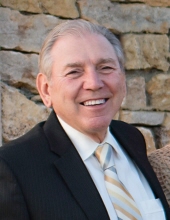 On November 30, 1984, John was united in marriage to Karen Lou Young in Harrisonville, Missouri.

John was employed as a carpenter for New Castle Homes in Harrisonville, Missouri. He was a member of the Kingdom Hall of Jehovah’s Witnesses, Harrisonville. John was an awesome reliable man and helped anyone he could. He was very generous and was the glue that held the family together. John was the best grandpa you could ever have.

Funeral services are under the direction of the Dickey Funeral Home, Harrisonville, Missouri.
To order memorial trees or send flowers to the family in memory of Francis John Pace III, please visit our flower store.