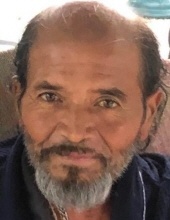 Francisco was also preceded in death by his parents; one brother, Juan Castro; and one sister, Dominga Castro.

Francisco was a well known and accomplished landscaper in the Naples area. He enjoyed fishing, camping, gardening, spending time outdoors, and enjoyed working on cars.