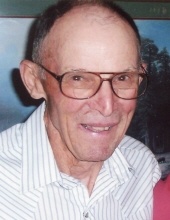 Frederick David "Fred" Clickner of Garden City, Missouri was born August 11, 1929 in Smithville, Missouri the son of Lee Ray and Anna May (Penry) Clickner. He departed this life on Tuesday, June 30, 2020 at his home surrounded by love and family at the age of 90 years, 10 months and 19 days.

On July 10, 1960 Fred was united in marriage to Clara Fay Beebe in Butler, Missouri.

Fred started farming in 1955 and moved to Garden City in 1966. He was an Army veteran of the Korean War from 1953 to 1955 with the Military Police in Baltimore, Maryland. Fred served on the Board with the M.F.A. Oil Company, the M.F.A. Exchange, Cass County Pork Producers and the Garden City Fire Department. He was a 1947 graduate of Salisbury, Missouri High School and had lived in Butler, Missouri before moving to Garden City. Fred was a devoted husband and father. He loved farming and through the years had made many wonderful friends.

Besides his parents, he was preceded in death by his brother, Charles and a sister, Louise Drysdale.

Family suggests memorial contributions may be made to Kindred Hospice or the Show Me Christian Youth Home.
To order memorial trees or send flowers to the family in memory of Fred Clickner, please visit our flower store.