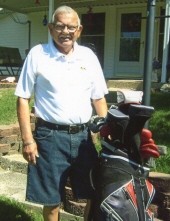 Gaylon Wayne Knight of Harrisonville, Missouri was born June 7, 1941 in Clinton, Missouri the son of Lester Gaylon and Opal (Mastin) Knight. He departed this life on Thursday, May 24, 2018 at Research Medical Center, Kansas City, Missouri surrounded with love at the age of 76 years, 11 months and 17 days.

On November 7, 1959 Wayne was united in marriage to Carol N. Shingleton at the First Baptist Church, Harrisonville, Missouri.

Wayne was employed as a truck driver and supervisor for Morgan-Wightman Supply Company, Kansas City, Missouri from 1985 until his retirement on January 1, 2005. He was earlier employed at Vendo Company and Allis Chalmers Co. Wayne was a member of the First Baptist Church, Harrisonville, Mo. An Army veteran of the Vietnam War, a life member of Optimist International and served with the local club and at the State level various positions. A life member of the American Legion Post 42, Harrisonville, Missouri. Wayne had a great love and passion for golf. He spent most of his retirement years happily either on the golf course or working the counter at Hoots Hollow Country Club, Pleasant Hill, Missouri. Wayne was a lifelong area resident and an avid fan of the Missouri Tigers, Kansas City Chiefs and Royals.

Besides his parents, Wayne was preceded in death by two sisters, Mildred Knight and Doris Durret.

Cremation. A Memorial Graveside and Inurnment was held Thursday, June 7, 2018 at the Orient Cemetery, Harrisonville, Missouri with Military Honors.

Family suggests memorial contributions may be made to the First Baptist Church Memorial Fund, Harrisonville.

Funeral arrangements are under the direction of the Dickey Funeral Home, Harrisonville, Missouri.
To order memorial trees or send flowers to the family in memory of G. Wayne Knight, please visit our flower store.