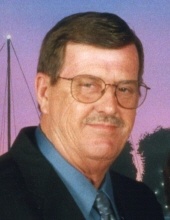 Gary Wayne McKay of Harrisonville, Missouri was born January 24, 1944 in Trenton, Missouri the son of Clifford "Punch" Wayne and Mary Wilmuth (Watson) McKay. He departed this life on Friday, January 4, 2019 surrounded by love and family at the Missouri Veterans Home, Warrensburg, Missouri at the age of 74 years, 11 months and 11 days.

On December 5, 1981, Gary married the love of his life Carole at the Unity Village in Lee's Summit, Missouri and instantly gained two children who became his entire life.

Cremation. A Celebration of Life Service was held Thursday, January 10, 2019 at the Dickey Funeral Home, Harrisonville, Missouri with Military Honors to follow.


Family suggests memorial contributions may be made to the Missouri Veterans Home, Warrensburg, Missouri.
To order memorial trees or send flowers to the family in memory of Gary W. McKay, please visit our flower store.