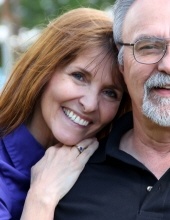 Gayla Ann Morford of Garden City, Missouri was born January 9, 1956 in Rapid City, South Dakota the daughter of Wilbur and Phyllis (Brown) Gaylord. She entered into Glory on Tuesday, June 14, 2022 at St. Luke’s Hospital, Kansas City, Missouri at the age of 66 years, 5 months and 5 days.

Gayla met Steve Morford at Bendix where they both worked, and they were married June 28, 1980 in Independence, Missouri.

Gayla’s greatest childhood wish was to become a mother. She loved her children dearly and often told them how much she loved them. Along with becoming a mother, Gayla also desired to help others. After earning a nursing degree in 1991, she helped patients in a variety of settings. She eventually focused on hospice care and enjoyed taking care of others in their final days. Even through her own death, Gayla helped others as an organ donor. She also liked traveling. She visited Hawaii, the Virgin Islands, Belize, and Africa. After retirement, Gayla and Steve traveled even more, taking trips to the Rocky Mountains, Niagara Falls, Florida, and Texas. Gayla was always trying new hobbies. Her hobbies included sewing, raising animals, woodworking, playing piano, staining glass, and tumbling rocks. She also loved getting on the floor to play with grandchildren and great-grandchildren, as well as training and playing with her dog, Lucy. Gayla gave her life to Christ and she served Him for decades. She often said that, after she passes, people should not mourn, but celebrate because she was rejoicing in Heaven.

Besides her parents, she was preceded in death by her sister, Darla Lines.

Funeral services are under the arrangement of the Dickey Funeral Home, Harrisonville, Missouri.


To order memorial trees or send flowers to the family in memory of Gayla A. Morford, please visit our flower store.