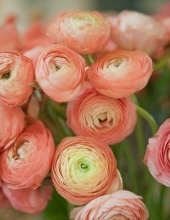 Gerald L. "Gerrie" Roberds-Lowe of Adrian, Missouri formerly of Freeman and Harrisonville, Missouri was born December 27, 1931 in Gardner, Kansas the daughter of Floyd and Marie (Hill) Ford. She departed this life on Wednesday, September 23, 2020 at Adrian Manor, Adrian, Missouri at the age of 87 years, 8 months and 27 days.

In 1954, Gerrie was united in marriage to Charles J. Roberds and later divorced in 1983.

Besides her parents, Gerrie was preceded in death by her daughter, Leslie.

She is survived by her daughter, her grandchildren and great-grandchildren other relatives and a host of friends who dearly loved her.

Graveside services will be held Saturday, September 26, 2020 at 2:00 p.m. at the Orient Cemetery, Harrisonville, Missouri.
To order memorial trees or send flowers to the family in memory of Gerald L. (Gerrie) Roberds-Lowe, please visit our flower store.