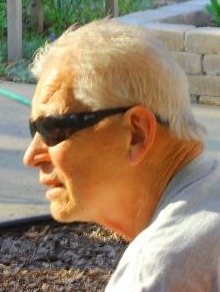 Gerald Elton “G.E.” Thomas Jr., of Harrisonville, Missouri was born April 11, 1951 in Creighton, Missouri the son of Gerald Elton Thomas and Opal Aliene (Herrell) Wiskur. He departed this life on Monday, July 25, 2022 at the Belton Regional Medical Center, Belton, Missouri at the age of 71 years, 3 months and 14 days.

In 1978, G.E. was united in marriage to Victoria Morgan and to this union they had one daughter, Jessie. They later divorced.

G.E. was employed as a diesel mechanic for Crabtree-Harmon Bus Company, Belton, Missouri.  He was in charge of taking buses to the 1996 Summer Olympics in Atlanta, Georgia and kept them in working order.  G.E. was a car and racing nut.  He enjoyed all kinds of music, playing the guitar and making up songs.  G.E. greatest love and enjoyment was Jessie and the grandchildren.  They were his pride and joy.

Besides his father, he was preceded in death by his brother, Lacey Thomas.

To order memorial trees or send flowers to the family in memory of Gerald E. "G.E." Thomas Jr., please visit our flower store.