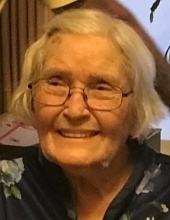 Glada worked for the McGonigle’s Market in Kansas City from 1957 to 1993. She was an active member of the Marlborough Baptist Church where she served as a Sunday School Teacher from 1951 to 1986 and never missed a Sunday. When her children were younger she was an active member and Past-President of the P.T.A. of the Center School district, served as a Den Mother for Cub Scouts and Mothers Council President for Boy Scouts. The most important aspect of Glada’s life was family. From the time she was little, through the Great Depression, WWII, and throughout her entire life she gave her all in support of family.

Visitation was held prior to the service at the funeral home.

Memorial contributions are suggested to the Pleasant Hill Education Foundation and may be sent in care of the funeral home.