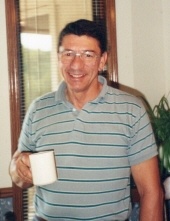 Harold Lloyd Moore, 89, of Pleasant Hill, was born March 27, 1932, in Brownington County, Missouri, the son of Lloyd Silver and Emma Louise (Rufenacht) Moore. He departed this life, Thursday, October 1, 2021, at his home surrounded with love and family.

On December 24, 1969, he was united in marriage to Bonnie Jean (Hallisey) Worthington during the Christmas Eve Service at the New Haven Baptist Church in Raytown, Missouri.

Harold was a gifted carpenter owning and operating Harold Moore Homes. He was hardworking, honest, and humble. He was a life member of the National Rifle Association.

Harold was preceded in death by his parents; two brothers, James Moore and Dale Moore; and two sisters, Juanita Hills and Barbara Moore.

Graveside military services and inurnment will be held 10:00 a.m. Friday, October 8, 2021, in the Pleasant Hill Cemetery. Chaplain David Noble will officiate. Full military honors will be conducted by the United States Air Force and the V.F.W. Post #3118 Honor Guard.

Memorial contributions are suggested to the V.F.W. Post #3118 - Veterans Relief Fund and may be sent in care of the funeral home.